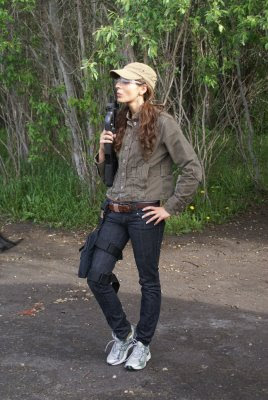 Susan @ phantasythat (see sidebar) has given me an award.  the kickass award.  i'm flattered.  if you know her blog, and most of those who visit me do know her blog.... you know why i'm flattered.  su has one kickass blog.   i don't have a lot to say about big issues, because it seems someone else has usually said it already, and said it better than i can.   i don't have the expertise or the time to develop it, to make my blog as nice to look at, with all the gadgets and links and goodies that many of my favorite spots to visit have, so mine is pretty simple.  in fact, i haven't even figured how to get the &%$#!?!  picture of the award to stick to my page.   i'm not particularly well travelled, or well read.....  but i guess there's something here, cuz there are some really cool people stopping by to chat.
so thanks, Su.  and thanks to those of you who come by for the occasional visit.  life in the narrow minded, petroleum addicted frozen north is much improved by your friendship.
in comemoration, (or however you spell that) i'm attatching a picture of my daughter after she kicked ass on the paintball field at her younger brother's birthday party this summer..... because i can't get the danged award to cooperate, and i'm tired and want to go to bed.
Posted by gfid at 9:51 PM 7 comments: 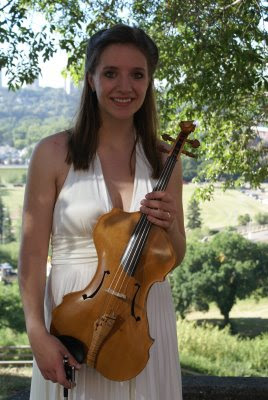 Tegan, 2008 national winner of the music festival association of Canada strings competition.
i've been trippin'.   to Edmonton, capital city of the province of Alberta.  the annual national music festival finals were held there this year.  over 120,000 amateur musicians across Canada competed at the local level, to earn a chance to play in their provincial competitions.  the winners from each provincial competition were recommended to the national finals, held last week in Edmonton.
competitions are not something i normally get excited about. i'm not a big fan of competitions between artists.   i encourage my students to compete, on the local level, to do their best, and sometimes they are recommended on to the next levels, but i tell them not to take it all too seriously.  a judge's opinion of how they play is, after all, only one person's opinion of how they played that particular piece at that particular time.   there's value in hearing what he or she has to say, but it's important to keep things in perspective.  it's all very subjective.   what's really important, i tell them, is the music, and conveying your love of it to the listener.  it's nice when they do well, but they should never let a disappointing outcome hinder their musical development, if that's where their hearts are.
i taught Tegan for a number of years when she was very young. she was one of those who consistently did well at competitions. she has been a national finalist before; this was not her first national competition.  i think it was held in Halifax last year. this year the event was being held within accessible driving distance.  Edmonton was do-able, so i made the trip, with a good friend of mine, who used to accompany Tegan on piano, to lend support and hear her play again.  Tegan is now 18, living in southern alberta, and has been getting instruction from top string players all over the world these past few years.   really a remarkable girl in many ways, she's developed an amazing network of peers and mentors, and remains very down-to-earth and earnest.  she feels the responsibility that goes with her gift and takes nothing for granted.
her mother told me the story of how she got the instrument she's holding in this picture.  after learning, and excelling on violin for 10 years or so, she tried viola, and discovered an immediate affinity with the instrument. she was looking to buy a really nice viola; the one she had been playing was a rental.  in this particular luthier's shop, she played the more conventional models on display, putting them through their paces as is the custom, and concentrating on the tone and responses of each one.  after listening and watching for a while, the luthier slipped into the back room, returning shortly with this - an asymmetrical work of art with a carven rose for a scroll.... and a luscious, gentle tone that's hard to forget once you've heard it.  it brought me to tears listening to Tegan play her solo on it.  after she had begun to play it, her mother tells me, the viola's creator turned to his assistant, and said softly, "it's found a home."  he then sold it to her for significantly less than the ticketed price.
Tegan is the first violist ever to win this competition; since the inception of the music festival association early in the 20th century,  first place has always gone to a violinist or a cellist.   there's a stereotype in orchestral circles that the best violists are musicians who weren't quite good enough to be the best violinists.  it's not true, but stereotypes are like that.  she's proving them wrong.
i wish i could take more credit for helping to produce that unforgettable music, but my contribution was at the very early stages, when only a few of us saw the large gift in the small girl.  fully developing a gift like that requires more skill and experience than i have to offer, so i recommended her to my betters when the time came, and happily became one of her many groupies.  i do take some small pride in the knowledge that she had got the good start she needed.  i'm told she had no bad habits to break, or sloppy technique to correct when she went on to the next teachers.
she's beginning university this fall at a major music school, with a nice fat scholarship.  all of her groupies are expecting great things from her.
Posted by gfid at 6:16 PM 12 comments: