it's been a blur..... the trip to Kansas City was memorable in many ways. i made some friends, strengthened my ReStore manager network south of the border, ( i was the only Canadian there) and learned some things. one of the big lessons is not to keep all I.D, money, passport, etc. in one place. my wallet disappeared @ the airport moments before my flight, and i wasn't allowed to leave the country. it took nearly an additional week in K.C. to pull it all together with the Canadian Consulate, and get home. my first conversation with them went something like this.....

after explaining that my wallet was missing, with all I.D., money, credit cards, passport, etc. in it, and the airline wouldn't let me fly home, the gentleman on the other end of the line (who was at the nearest Canadian Embassy, which was in Dallas, Texas) said,

"Well we need to see you in person to make a positive I.D. you'll have to come to Dallas."

"how am i supposed to get to Dallas?"

"just take the next plane"

"i'm calling you because they won't let me ON a plane with no passport or I.D."

"how am i supposed to drive with no money, credit cards, driver's licence or identification?"

"oh. well, if you could get to the Canadian border, we could probably get you across."

"oh. well then, you'll have to get passport photos taken, and have someone verify who you are, and mail them to Dallas with your flight itinerary."

so, K, i did that. this was friday evening, so the consulate wasn't open again till Monday.... after a weekend of fretting, i got a call from the consulate saying they had the photos but they needed my flight itinerary.

"i sent my flight itinerary with the photos."

"no, that's your old flight itinerary for last Friday. we need one for your return trip this week."

"how am i supposed to book that when i don't know when you're going to let me out of the country?!"

it was an entire week of beurocratic indigestion. added to the international beurocracy was the fact that possession of the townhouse i'd bought was supposed to be that monday.... so i was faxing and phoning and this-ing and that-ing with realtors and lawyers and insurance companies on top of trying to get the paperwork together to get home.

but the Habitat for Humanity and ReStore folks in K C incredible, and the hotel put me up for almost an entire extra week, with many hours of long distance phone calls every day, at NO CHARGE!!!!

and while i was there, the Playing For Change bus pulled up right under my window!!! they were staying at my hotel for the KC concert. so i immediately found out where they were playing (at the very cool Uptown Theatre) and took myself to the concert. even got my granddaughter the t-shirt.

but boy, was it good to be home. even with the rotten cold and ice. and i've been moving and unpacking and sorting the new house ever since....

....and getting the final work done on an upgrade to the ReStore that was started before i left. hysteria has it's use, though.... at one point in KC i spoke with my staff, asking if the gasfitter had come to set up the new furnace yet. no, he hadn't even called back yet.... (this had been ongoing for more than a month) i told the fellows.... "here's what you're going to do. you're going to call him right now, and you're going to tell him that if that furnace isn't installed and operating by the time the manager gets back, he'll be dealing with a hysterical woman who's been stranded in the states for a week. it could get ugly." within a half hour i had a call back from them.... "he's here, and he's got a quote for the work." he was finishing it up as i drove into the lot on my return. 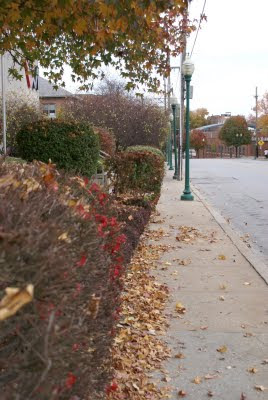 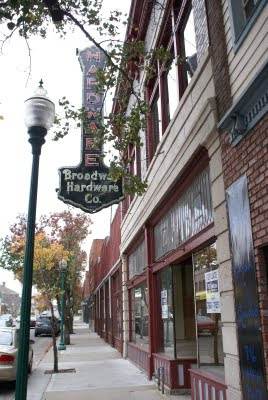 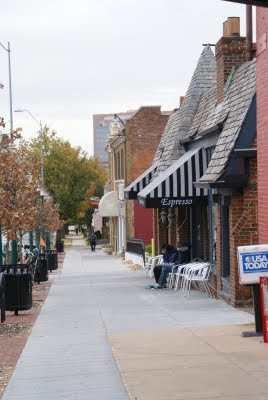 spending this week in Kansas City taking ReStore training.  beautiful city, and there was a foot of snow in northern Alberta when i left.   no contest
Posted by gfid at 8:20 PM 9 comments: