till i'm through with the evil oil company, and changing the world, one recycled board at a time. 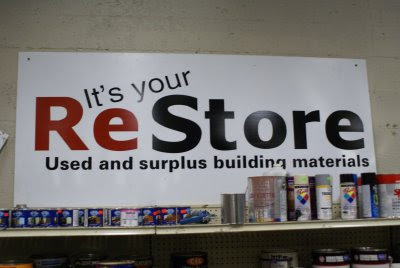 by Susan of Phantasythat. so, from page 64, approximately the 5th sentence, of The Ingenuity Gap, by Thomas Homer-Dixon, here goes:

page 64 is a graph, entitled: CO2 Concentrations and Temperature Have Varied in Lockstep.
this shows temp variations and CO2 levels running almost exactly parallel over the past 450,000 years, as show by Vostok ice core sampling.... so i've cheated a little and given a quote from p. 65

"Experts can't say for sure what effect this increase in carbon dioxide concentration will have on the planet's average temperature. But the Vostok ice cores suggest temperature will rise, and perhaps rise fast. And one thing IS certain: with each incremental ton of carbon we emit from our cars, power plants, and logging operations, we are producing, inexorably, an atmosphere that is significantly different from the one that influenced human civilization in the past. In fact, in the next two hundred years we may produce an atmosphere with carbon dioxide levels that Earth hasn't seen in hundreds of millions of years." 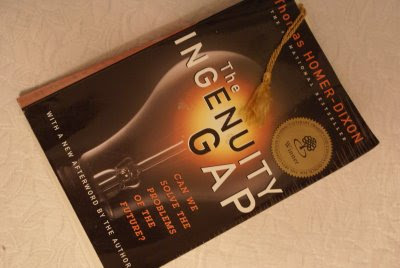 i'm dropping the ball, as my neighborhood is rather small, so am not tagging anyone. if anyone would like to volunteer, i'd love to have a peek at what's on your bookshelf

the funny thing is, i've been thinking a good bit about my books lately. i'm deliberating over what books to move to the ReStore office, and which ones to send to my girlfriend, who's adopting most of them. i need to pare down my possessions. Again. i plan to live very simply. i want my lifestyle to reflect the things i claim to believe in. this means less stuff, which includes, gasp! books! .... and more responsible consumer choices. deja vu! didn't i do this 30+ years ago, when i went to live off the land in the Yukon bush?!
Posted by gfid at 8:47 PM 4 comments:

i spent the early morning today dismantling my past.... it's really the past that looms.... or did - pardon the pun. my weaving days are on hold for now. i won't have a place for this beautiful thing soon, so it'll be packed away somewhere - hopefully safe. this loom is over a century old. built in BC (that's the province of British Columbia, on Canada's west coast) near the end of the 19th century by a gentleman for his wife, it has been passed on to 2 others before me. the rule is, it cannot be sold; it must be given away. if i knew someone who'd use it, i think i might give it away now. i hate the thought of putting it in storage for an unknown length of time, but i'll soon have nowhere to keep it. my eldest son is coming for a 2 week visit in early February to help me finish the trim and final renovations on the house. i'm getting my cute little granny shack ready for sale... beginning the decluttering process, finding people who'd like to borrow my furniture - one girlfriend and her kids, who all love to read, are very pleased to be babysitting all my books. possibly even adopting them.... i'm dowsizing once again, and moving to the city. 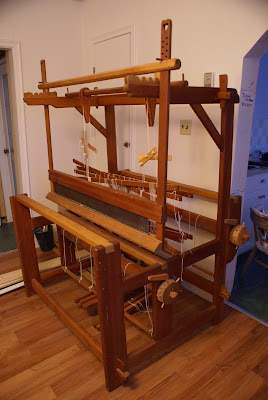 i gave my notice at work last week. my last day is Friday, Feb 13... good thing i'm not superstitious. as of last Thursday, i'm the official manager of the ReStore the Habitat for Humanity affiliate i belong to plans to open in 2009. there's a lot of work to do to make that happen, and i won't see a paycheck from it till that's accomplished and there's cash flow. but it's something i'm passionate about, and i've always been a bit of a risk taker. i may continue with the oil company part time for a while, till the ReStore can pay me a wage. another ending, and another beginning. both thrilling and terrifying.
Posted by gfid at 7:21 PM 10 comments:

Wars and Rumors of wars

this won't show up as a hyperlink, so i'll just give you the address to copy and paste.

Zee posted a bit on the ongoing Israeli / Palestinian situation.... he's much more articulate and well informed about these things than i am. i'm just left with the feeling that the more things change the more they remain the same. maybe war is a guy thing. there seems no logic to it, however long and hard i ponder the question. it seems abundantly clear to me that violence only perpetuates more violence. When has it ever ended anything? and yes, i think it really is that simple. just stop the violence. if as much effort was made to get along, as is made to get even, or to get ahead, or to get the advantage.... etc, the world would not be in the state it's in.

i think Stevie Wonder says it very well in the utube clip above. i remember it done by....? Joan Baez? but still the same powerful song, and the images, though not pretty, are, i think, appropriate
Posted by gfid at 8:44 PM 7 comments:

A Toast to all my Friends 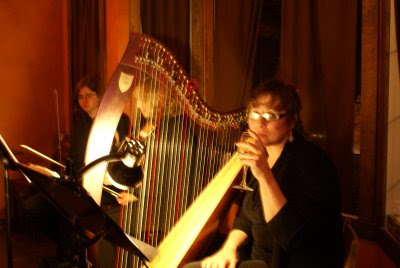 happy new year, and a raised glass to all of you in blogland who come by the neighborhood periodically. it can be cold and lonely up here. you're all a breath of fresh air, and a word of wisdom in what sometimes feels like a social, cultural and intellectual vacuum. so, in keeping with the spirit of the picture, i'll leave you with an Irish toast and blessing

May those that love us, love us
and those that don't love us
may the good lord turn their hearts