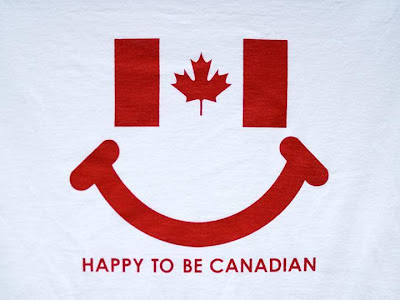 I'm not much of a hockey fan, but i admire the passion of those who are. So, in tribute to Canada's recent National Pond Hockey Tournament....


Hello out there, we're on the air, it's 'Hockey Night' tonight.
Tension grows, the wistle blows, and the puck goes down the ice.
The goalie jumps, and the players bump, and the fans all go insane.
Someone roars, "Bobby Scores!", at the good ol' Hockey Game.

Where players dash, with skates aflash, the home team trails behind.
But they grab the puck, and go bursting up, and they're down across the line.
They storm the crease, like bumble bees, they travel like a burning flame.
We see them slide, the puck inside, it's a 1-1 hockey game.

Third Period. Last game of the playoff too!

Oh take me where, the hockey players, face off down the rink.
And the Stanley Cup, is all filled up, for the champs who win the drink.
Now the final flick, of a hockey stick, and the one gigantic scream.
"The puck is in! The home team wins!", the good ol' hockey game.

In could imagine a rousing good tune to accompany those excellent lyrics!
Best wishes

Hi GranFi - I'm not comfortable calling you by the entire name since if you're a granny there was some multiple generation cradle robbing going on.. and I do like the sound of G-Fid if you don't mind?
I used to love watching hockey (pond and pro) but I missed a few years (you know, life etc.) and by the time I watched again the leagues were double the size I remembered and they'd added enforcers - some very nasty characters who really injured players and it stopped being fun for me. You make it sound enjoyable again and I liked the song.
Happy trails and safe return.

LL - the tune IS rousing... done by our very own Stompin' Tom Connors. And spring isn't far away!

Susan - G-Fid!!! i love it! You're very kind, but no cradle robbing was involved. 51 is plenty old enough to be a granny. (i'm told i don't look my age.) i'm with you on the aversion to the big leagues. give me a pond and a frozen road apple any time! thanks for the good wishes. only 2 sleeps!

Hi G-Fid,
I just came by to take a look through your earlier posts and there are some sweet ones. Great pictures of far north winters and a lovely harp too. I especially liked the cartoon of the officer tasering his horse. I sure hope BC and the rest of the country bans the damn things.
Take care.

Good one, Granny Fiddler! It's hilarious listening to kids singing this song and sounding just like Stompin' Tom. This is a Canadian classic - even I know the words.

HOckey or not - ya gotta love Stompin Tom! Okay Lindsay and all you fans of the game - have a listen and be in wonder of old Tom:

susan - tasers! eurgh! why not just use a cattle prod? thanks for the kind words... just learning to use the camera - if the pix turn out, it's mostly because the camera is nearly dummy-proof.

kate - isn't Stompin' Tom great?! no fluff or hype, just 'what you see is what you get." thanks for the award! you've made my day more than once too. XO

gary - thanks!... yep, gotta love him! that sort of link is what i was looking for, but only found lyrics in my search.